It is a non-invasive method that causes depolarization or hyperpolarization in the neurons of the brain. 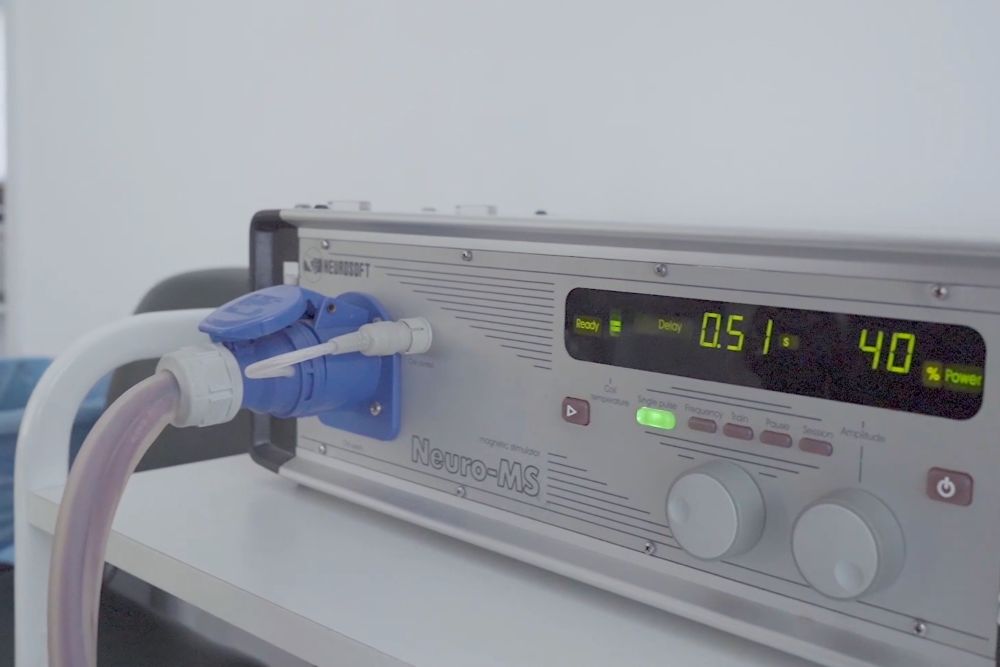 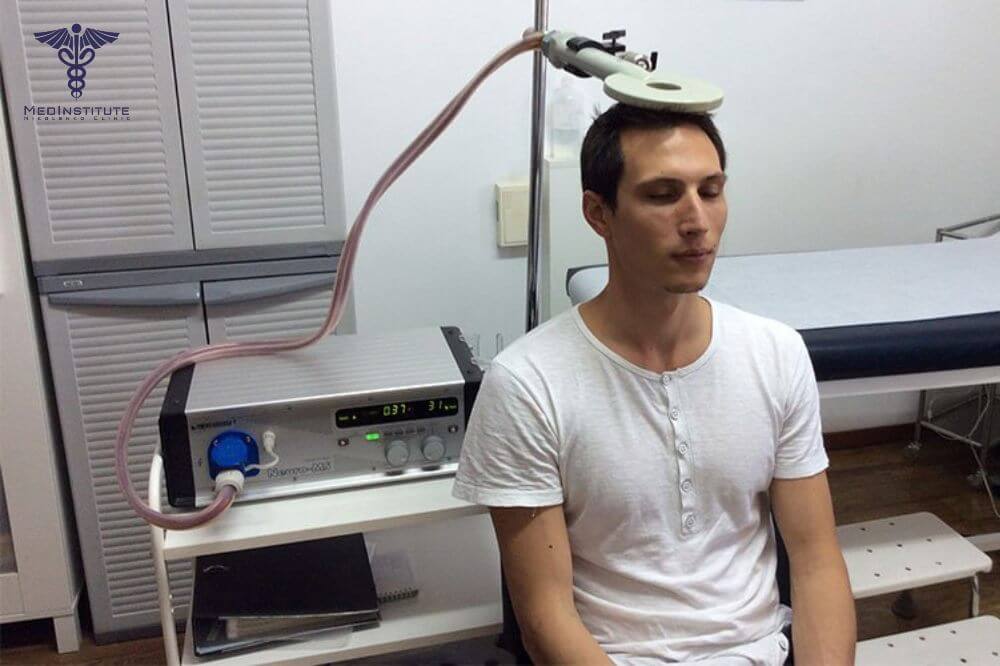 Transcranial magnetic stimulation (TMS) is a non-invasive technique that causes depolarization or hyperpolarization in the neurons of the brain.

It uses electromagnetic induction to induce weak electric currents using a rapidly changing magnetic field; it can induce activity in specific or general parts of the brain with little discomfort, allowing the study of brain function and relationships.

This method is intended for therapeutic purposes. It stimulates the motor cortex and peripheral nervous system with magnetic impulses. Short-duration magnetic pulses can penetrate clothing, skull bones, and soft tissues without any pain.

TMS uses a magnet instead of an electric current to activate and penetrate the cerebral cortex. An electromagnetic coil is held on the forehead and short electromagnetic pulses are injected through the coil. The magnetic pulse travels easily through the skull and induces small electrical currents that stimulate nerve cells in the target area of the brain.

Since this type of impulse does not usually travel more than five centimeters into the brain, scientists can choose which parts of the brain are affected and which are not.

Transcranial magnetic stimulation can be used in:

This method has been tested as a tool for the treatment of various neurological and mental disorders, including migraines, strokes, Parkinson’s disease, dystonia, tinnitus, and depression.

OUR TYPES OF MAGNETIC THERAPIES

"...OZONE is a gas that prolongs life and hope when it is lost..." Doctor Yuri Nikolenko 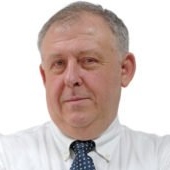 What is Ozone Therapy?

What is the Ozone Therapy? Ozone therapy assists in detoxification, rehabilitation and proliferation of mitochondria, as the mitochondria make energy from oxygen molecules. As complementary therapy we